As someone who gets dry lips a lot, I have recently (ie in the past few years) become interested in trying out new lip products and basically I wanted to make a post about all the things I’ve tried since I was going to throw them away and wanted to remember what worked (or didn’t).

For the longest time, all I used was your basic Classic ChapStick. This is what I grew up using and I’m pretty sure my mom still uses it. It probably wasn’t until high school (maybe even college?) when I decided to try something different so I went all radical and switched to…

The Moisturizing ChapStick which I do think is better than the original ChapStick but it’s been so long since I’ve used the original that I honestly couldn’t tell you the difference. They’re both basically unscented and rather hard(?) ie, they don’t melt the way some things do.

Then I got it in my head that I wanted to try something that I could put on at night and wake up with beautiful soft non dry lips. Thus the hunt began. On Amazon I found Qtica Intense Lip Therapy Balm which I hoped would be the magical answer. 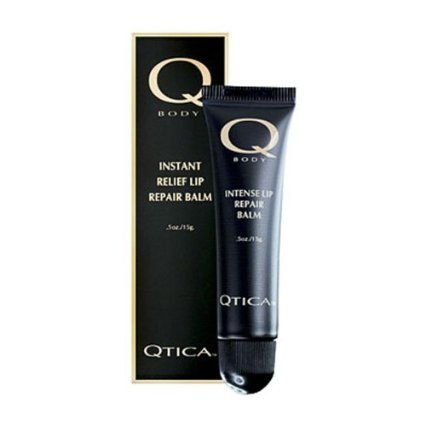 Unlike the ChapStick this did have a slightly minty scent and a rather tingly sensation when you put it on. I took this to mean it was doing something but ultimately found this rather disappointing. I only used it at night (with my chapstick during the day) and I never really felt like it worked very well. My lips weren’t all moisturized in the morning. Nevertheless I used up the entire tube before finding something else.

After looking some more on Amazon, i ended up buying Jack Black Intense Therapy Lip Balm in the scent (?) Shea Butter & Vitamin E (is that even a scent?).

The first thing I noticed about this is that it contains little crystals in it that I personally found really annoying. they do eventually melt but i didn’t like the gritty texture of them. Also it was rather hard to get this out of the tube at first and it didn’t last very long. Overall I felt kind meh about it. It also amused me that this is marketed towards men. Because men and women’s lips are so different. Oh,also I was only using this at night again (still stuck on that ChapStick).

Then last Christmas things started getting interesting. In my stocking I received a stick of Zambeezi.

How do I even describe this Zambeezi. First off, it is much softer than the Chapstick I was used to and almost like an oil (there is oil in it). Also the classic scent which I had is a combination of lemongrass and something else. At times I wasn’t sure if I liked the scent and then other times I loved it. What I definitely did love was what it did to my lips. It was so much better than my Chapstick and my lips knew it. Also i mean, it’s organic and helps a good cause etc. the biggest downfall of this lip balm is that it’s hard to get. Basically the only way to buy it is to order directly from the company in Zambia. Ultimately this probably isn’t that much more than any other nice lip balm but something about international shipping (which for the record is less than $4) feels intimidating. So I was using this during the day and then the Jack Black weirdness at night.

After this ran out (that was a sad day) I switched to something else I received during Christmas which was Burt’s Bees Lip Balm in the scent Mango.

I was really excited about this since I love mango but I have found that mango scented things tend to not taste that much like mango and unfortunately that was what happened with these. Again, this is much softer than the Chapstick although it’s creamier than the Zambeezi. I had two main problems with this. One, the scent/flavor was way too strong and sweet for me. I did not like it. Two, it melts. I would have it in my pocket, take it out to use it, wipe it across my lips and end up with gross gobs everywhere because it just melted. Other than that the formulation seemed really good and worked well for m y lips. I ultimately think I liked the Zambeezi better but this is vastly superior to the Chapstick which I realized as soon as I ran out of this and switched back to the Chapstick and now my lips are dying.

I have one more thing to talk about. So after my Jack Black disappointment I decided to buy something for at night even before that ran out and I randomly saw this SkinFix Flavor Free lip balm. 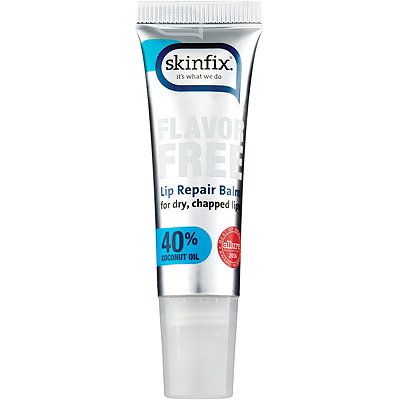 I think after my Burt’s Bees overabundance of flavor I was ready for something unscented. Like the Jack Black this also has little crystals in it although they seem to be smaller and fewer. Although it does say it is flavor free it does have a kind of flavor which is kinda plastic/metallic. It’s just the natural flavor of the ingredient. It’s not super annoying, I just wasn’t expecting it. I haven’t used this for very long yet but I do think I like this more than the Jack Black for a nigh time lip balm. I don’t know if I will get more once this runs out or not.

So right now I’m back to my icky Moisturizing Chapstick during the day and either the Jack Black or SkinFix at night. I’m planning on buying some more Burt’s Bees to replace my Chapstick although I probably should try and get some more Zambeezi’s if I feel up to the challenge.

Thank you if you’re still here. This was really interesting for me. Let me know what your favorite lip balm is or your experiences with them. I’d love some suggestions. Now I get to throw away my empty tubes.

View all posts by worth1000wordsweb

One thought on “Stuff on my Lips // Random Randomness”